Afghanistan: Biden criticised over US withdrawal by Hannity

The remarks come one day after the leader announced at a press conference that women should remain inside “until we have a new procedure” in place.

The leader has advised that the Taliban’s ruling this time around will be different from before, and advised that while music is forbidden in Islamic culture, he hopes that the rulers “can persuade people not to do such things, instead of pressure them”.

The new rules come into effect despite claims from Taliban spokesman Zabihullah Mujahid who told the New York Times that the terrorist group will be more liberal than they were 20 years ago.

When they first took control of Afghanistan in 1996, the Taliban became known for the harsh restrictions placed on women.

Previously, Afghan women could only leave the house in a burqa, a garment that covers a woman’s entire body and face, with only a fabric mesh to see out of.

Women faced public flogging if they were found to have violated morality rules including one that required that they be fully covered in public. 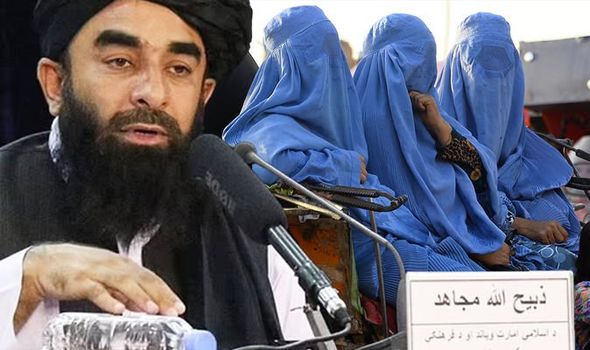 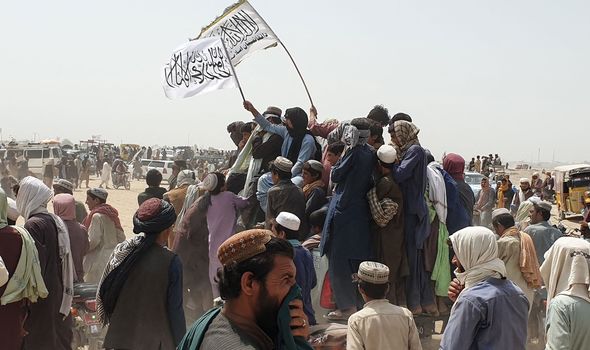 In 1996, the Taliban became known for the harsh restrictions placed on women.


This time around though, the Taliban wants to enforce different rules and be more liberal than before, something Mr Mujahid reiterated.

He said: “We want to build the future and forget what happened in the past.”

He reported that women being asked to stay inside was a temporary preventative measure to protect them from harm.

Mr Mujahid said: “We are worried our forces, who are new and have not been yet trained very well, may mistreat women.

Sadiq Khan to buy back council homes to get Afghan refugees 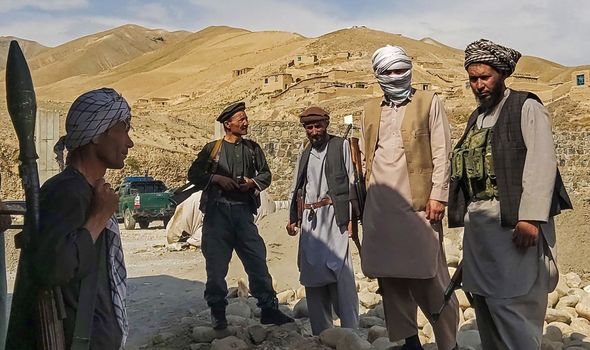 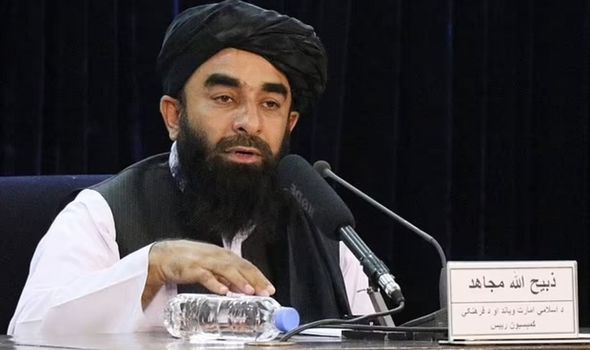 “We don’t want our forces, God forbid, to harm or harass women.”

In the new ruling, women must wear a head covering in public, and the Taliban reader said that concerns over making women cover their faces and entire bodies, plus forcing them to stay inside were unjustified.

The Jihadists also said that while women will eventually be allowed to return to work and go on trips to school, and hospitals, wearing a head covering, they would need a male chaperone for trips that last several days. 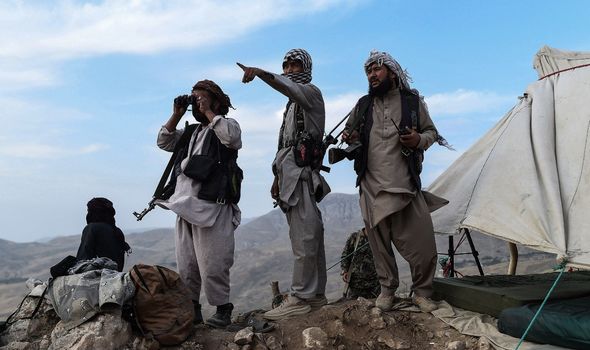 This time around, the Taliban wants to enforce different rules and be more liberal than before


Those with legitimate travel documentation are allowed to leave the country, and those who had worked with the US military and former interpreters would not be hunted down by the Taliban.

The leader criticised American evacuation efforts and referred to the Afghan refugees settling elsewhere with a new job as “inhuman”.

He said: “They shouldn’t interfere in our country and take out our human resources: doctors, professors and other people we need here

“In America, they might become dishwashers or cooks. It’s inhuman”. 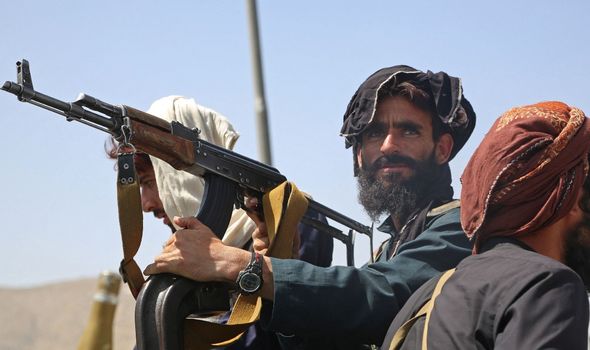 Women being asked to stay inside was a temporary preventative measure to protect them from harm.


The Taliban however have shown no ill feelings towards working women, as long as they wear hijabs, as while they must stay indoors the women’s salaries will be paid in their homes.

However some believe that the Taliban’s claims of being more liberal are temporary, and that they may revert back to more serious restrictions.

Heather Barr, the associate director of women’s rights at Human Rights Watch said: “They’re trying to look normal and legitimate and this will last as long as the international community and the international press are still there.

“And then we’ll see what they’re really like again.”