Several students have fallen ill at Technical University of Darmstadt after reportedly drinking milk and water containers, according to local media. Investigators later found they had been “laced” with a suspicious substance and are treating it as a suspected poison attack, it has been reported.

“We are shocked by the obvious crime that has occurred at our university,” said the president of the university, Tanja Brühl said this morning.

“After initial investigations by the police, those affected are believed to have been victims of a poison attack.

“I will contact them personally as soon as possible, if their condition allows it.”

German police have said that several milk cartons and water containers in one of the buildings on campus were laced with the substance between Friday and yesterday. 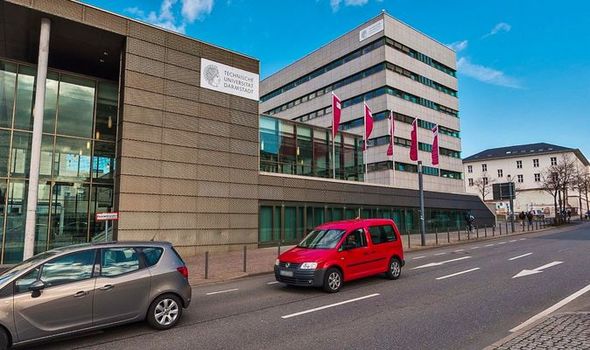 The incident is being treated as a poisoning


“The pungent smell of the affected liquids” was particularly noticeable, the university said last night.

According to the police, several people with symptoms of poisoning such as malaise and discolouration were taken to hospital yesterday.

Analysis is currently underway and should establish the identity of the substance.

Other foods and drinks that were on the Lichtwiese campus are also being examined, police said.


Kamala Harris laughs at reporter as she talks Afghanistan evacuation

In a statement, German police said: “The police and the Presidium of the Technical University advise not to consume any food and drinks that were stored in the premises of the Lichtwiese campus during the period of the crime.

“The first people were brought to hospitals around noon with symptoms of poisoning such as malaise and discolouration of the extremities.

“The health of a 30-year-old student who was in serious condition remains critical.

“With a large contingent of forces from the police, the fire brigade and the rescue service, the entire building “L2.01″ was cleared at noon and the immediate area was blocked.”

“All rooms have been searched for food and drinks in order to trace the origin of the as yet unknown substance that caused the poisoning incident.

“In order to warn all people who have consumed food or drinks in building “L2.01” on this day in good time and to draw their attention to the possible danger, KATWARN and HessenWARN [warning apps] requested that those affected seek medical treatment immediately as soon as they feel unwell or have bluish discolouration on their extremities.

The force later tweeted: “There is currently an ongoing operation on the #Lichtwiese in #Darmstadt

“So far, we know of seven people who, after consuming various foods and beverages in the ‘L201’ building of the Technical University, have shown signs of poisoning, among other things.”