Social unrest is on the rise in Europe.

France saw its sixth consecutive weekend of protests against President Emmanuel Macron’s Covid pass policies. Similar protests have been seen in Germany, Italy and Greece in recent weeks. The discontent stems from an increasing range of individuals – from the far right to the communists, the refuseniks to the vaccinated.

to the impingement of their civil liberties.

While all the unrest was undoubtedly ignited by the coronavirus pandemic, many argue the discontent is a sign of a much wider issue – an increasing opposition to the


The far-right is becoming increasingly prominent across Europe.

won the 2017 French election by more than ten million votes.


His time in charge has been marred by numerous demonstrations, most recently the controversial vaccine passports and huge hikes in fuel prices. 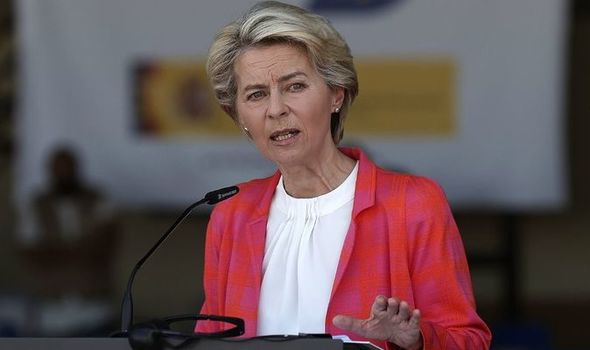 The EU vision of a European identity has been branded “impossible”. 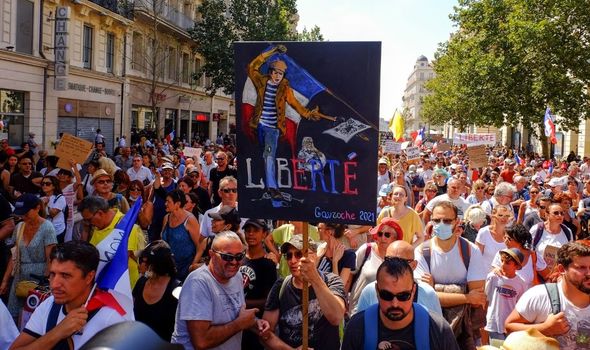 predicts Mr Macron will win a 25 percent share of the vote in next April’s elections.

, leader of the far-right Rassemblement National party in France, is predicted to win the same share.


If no candidate wins an outright majority in the first round of voting, a run-off is held.


Second round projections forecast Macron to receive 56 percent of the vote, compared to 44 percent for Ms Le Pen.


Although Mr Macron is expected to come out on top again, the race for the


Palace is an awful lot tighter than it was four years ago. 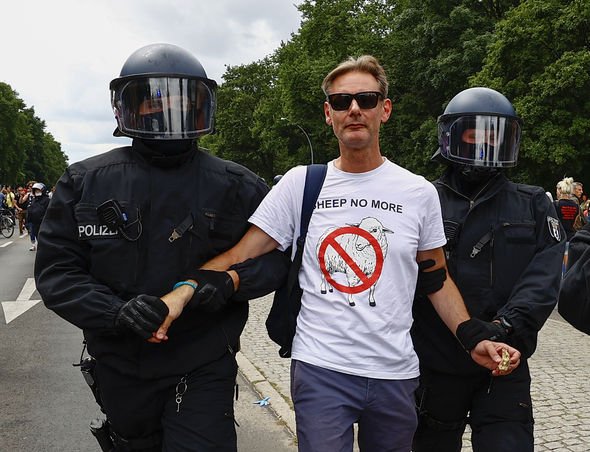 Arrests were made at an anti-vaccine passport protest in Berlin.

He stressed “it looks more like a chronic ailment than a mortal threat” at the moment, but noted the potential issues.

The EU reportedly sought a vision of Europe that would see a European identity emerge.

George Friedman, founder and chairman of Geopolitical Futures and a bestselling author, spoke to Turkish public broadcast service TRT about the ignition of nationalism across Europe in 2019. TRT is owned by the Turkish government.

He said: “The igniting of nationalism is the result of the EU’s policies. 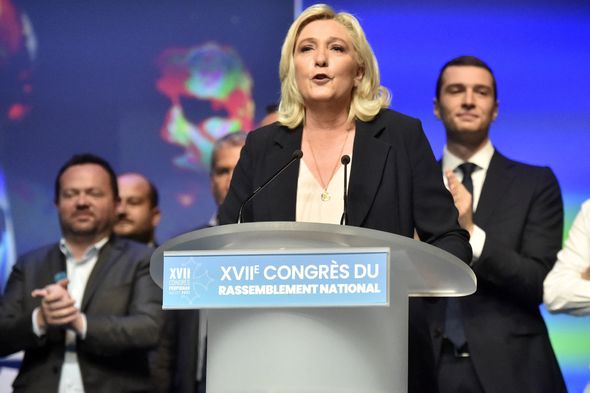 
“The EU’s vision of Europe was that a European identity would emerge.


“Of course, that’s impossible to happen.


“They don’t have the same histories, the same language or anything else.


“And so what inevitably happens, as the EU’s central body makes decisions, people will not like the decisions that are made.”


He said pro-EU governments will subsequently come under “tremendous pressure” from their citizens who do not wish to follow the bloc’s direction. 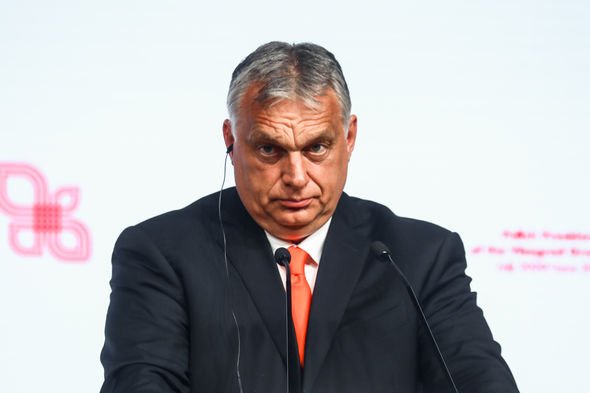 
Mr Friedman cited Brexit as an example of the voters shying away from EU direction.


He said: “The rise of nationalism never happened.


Countries across the bloc are seeing rises in the popularity of eurosceptic parties.

in popularity last year, although this has dropped slightly recently.


The Sweden Democrats “now seem close to a share of power”, according to Mr Rachman.


Orbán and other leaders.


Given Hungary’s size, Mr Rachman notes the impact on the bloc can be managed.


However, he said, “if Le Pen won the French presidential election next year, the shock would be felt across the continent.


“It is conceivable the EU would break up under the impact.”