Water crisis and drought threatens millions in Syria and Iraq

More than 12 million people in

are in the midst of a severe water crisis, according to a damning report published today. Communities have been forced to flee their homes, families have been plunged into debt and the problem is on track to get worse, according to the experts. A damning report published on August 23 reveals the depth of the deprivation and struggle for these people.

Rising temperatures, record low levels of rainfall and drought are leading to deprivation for many across the region.

People living in these areas are struggling to source adequate drinking and agricultural water.

A report published by 13 aid groups and organisations on ReliefWeb revealed Syria is currently facing its worst drought in 70 years. 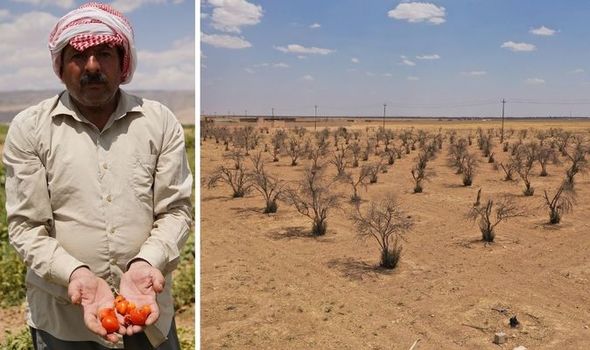 Syria water crisis: More than 12 million lives are under threat as a result of the water crisis 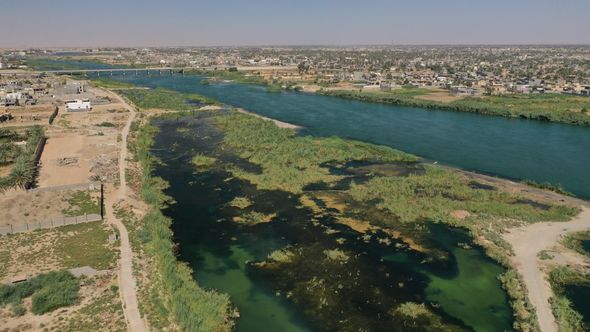 Syria water crisis: High temperatures and low rainfall have contributed to the disaster

More than five million people in Syria directly depend on the river.

Rising temperatures across the country have also caused issues with electricity as dams have run out of water, which in turn has a detrimental impact on the operation of essential infrastructure, including health facilities.

Hotter weather caused by climate change has raised the risk associated with the ongoing issues and the severity of droughts in the region. 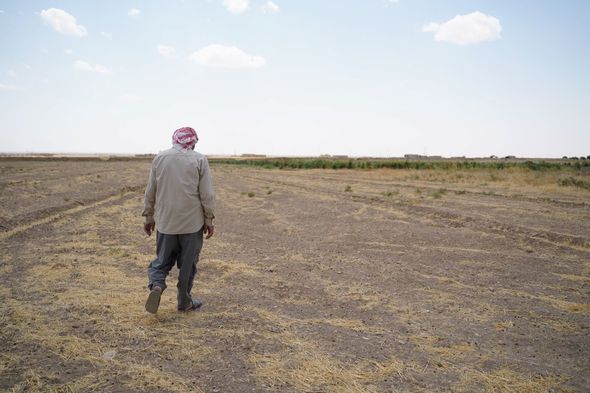 Syria water crisis: An Iraqi farmer whose land has been hurt by the drought


A report published by the UN in June revealed unseasonably low levels of rainfall across the eastern Mediterranean basin since autumn 2020 have contributed to drought conditions in the country.

Several communities across the country including Hasakah, Aleppo, Raqqa and Deir ez Zour home have also seen a rise in outbreaks of water-borne diseases, such as diarrhoea.

Carsten Hansen, regional director for the Norwegian Refugee Council, said: “The total collapse of water and food production for millions of Syrians and Iraqis is imminent.

“With hundreds of thousands of Iraqis still displaced and many more still fleeing for their lives in Syria, the unfolding water crisis will soon become an unprecedented catastrophe pushing more into displacement.” 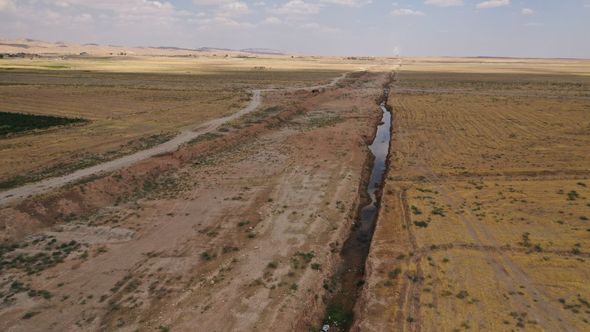 CARE’s regional director in the Middle East and North Africa, Nirvana Shawky, said the severity of the situation had been compounded by the coronavirus pandemic.

She said: “The situation demands that authorities in the region and donor governments act swiftly to save lives in this latest crisis that comes on top of conflict, COVID-19, and severe economic decline.

“In the longer term, beyond emergency food and water, they need to invest in sustainable solutions to the water crisis.”

He said: “It is likely to increase conflict in an already destabilised region. There is no time to waste.

“We must find sustainable solutions that would guarantee water and food today and for future generations.” 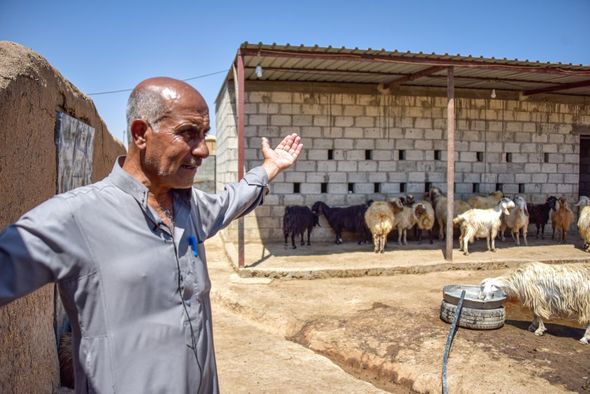 Syria water crisis: Farmers have struggled to keep livestock alive during the drought

In addition to climate change and the pandemic contributing to the crisis, progressively decreasing water flows into the Euphrates River is having a substantial impact.

More than 500 million people in Syria and at least seven million in Iraq depend on that river.

Large swathes of farmland, fisheries, power production and drinking water sources across Iraq have been depleted of water.

One tribal leader in Al Sebat revealed scores of villagers have fled to other areas due to the drought.

The leader Abdallah said: “This year we have witnessed a wave of intense drought, and as a result our lands did not produce any crops and we don’t have any sources of drinkable water either for us or for our animals.

“It is infuriating to think that the current conditions will force us to leave the rural areas and that our lands will be left as ruins.”

Many farmers have spent their savings and gone into debt to keep their animals alive.

Hamid Ali from Baaj in Ninewa, Iraq, said: “Because of the drought I was unable to harvest any wheat.

“Now I am overwhelmed with debt.”