Afghanistan: Former MP urges citizens not to flock to airports

Thousands of terrified Afghans have descended upon Kabul airport in an attempt to flee the Taliban after the militants finished their conquest of the country last Sunday. Horrific footage shows people gathered together as they desperately try to leave the Middle Eastern nation.

British soldiers, reportedly from the Paratroop Regiment, can be heard screaming for medical assistance while other troops are seen carrying crushed Afghans.

Medics rushed to help those in need as soldiers hosed down Afghans to hydrate them in the scorching 31C heat.

It has been reported all four of the Kabul airport casualties were women.

Journalist Kim Sengupta from the Independent tweeted: “In Kabul : a grim and very sad morning at the airport, saw four people, all women, die from heat and crush, absolutely heartbreaking.” 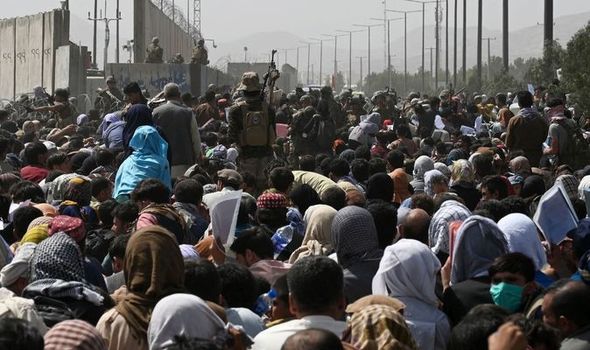 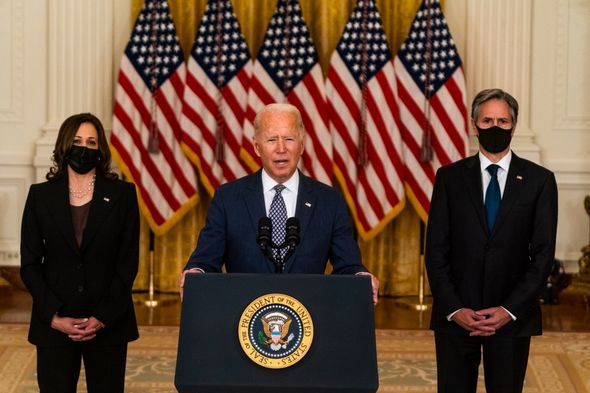 Downing Street called on Biden to delay the complete withdrawal of US troops from Afghanistan.

He later told LBC this was “probably the worst morning so far” since the Taliban took control of Afghanistan and said “huge numbers” turned up at the capital’s airport.

“At the front, Taliban militants beat Afghans with canes.”

The incident at Kabul airport was so horrific the US issued a warning to their citizens in the city not to travel to the airport without “individual instructions from a US government representative”. 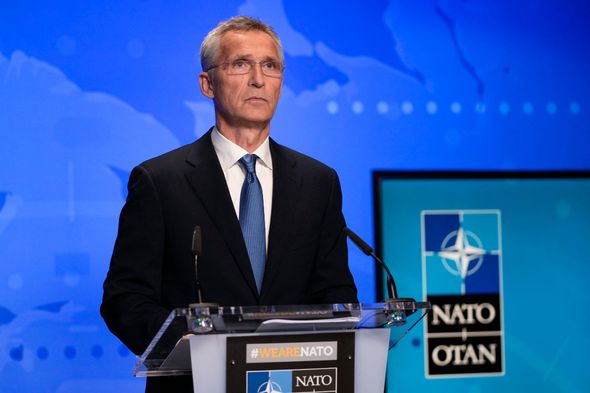 NATO put pressure on Washington to keep troops in Afghanistan until after August 31.


Just a few days ago, a group of desperate Afghans were seen clinging on to an aircraft that was leaving Kabul airport.

The incident comes as Downing Street calls on President Joe Biden to delay the complete withdrawal of US troops from Afghanistan.

The UK hopes the delay will enable those hoping to flee the nation to do so safely.

NATO has also put pressure on Washington to keep troops in Afghanistan until after August 31. 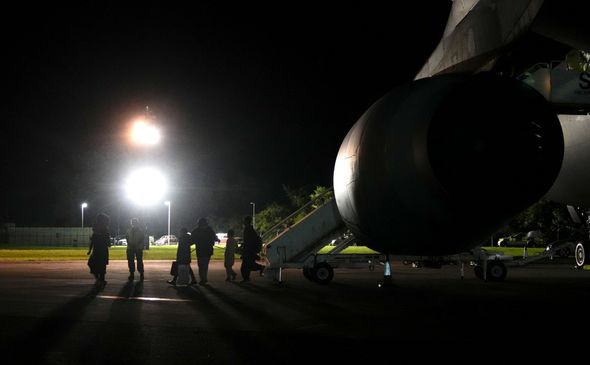 Secretary-General Jens Stoltenberg said: “The timeline ends on August 31, but several of our allies raised the need to potentially extend that to be able to get more people out.”

The last British flight from Afghanistan is expected to leave Kabul airport on Tuesday morning.

However, a Number 10 source has said: “The UK Government will continue to run ­resettlement and the ARAP [Afghan relocations and assistance policy] programme even after the military evacuation concludes.”

So far, it has been estimated that 12,000 foreign and Afghan workers have been evacuated.

The first group of Afghans to arrive in the UK landed with British nationals at RAF Brize Norton in Oxfordshire in the last few hours of last Monday night.