has launched a charm offensive on Washington since President

won the US election in November last year. In June, Mr Macron proclaimed “yes, definitely” when asked by reporters whether “America is back”. He added: “It’s great to have a US president who’s part of the club and very willing to cooperate. What you demonstrate is that leadership is partnership.”

The Huffington Post reported at the same time that Mr Macron wants a special relationship between the US and France, having spent much of his time at the G7 summit speaking to Mr Biden.

But analysis by Ido Vock for the New Statesman highlights a variety of policy areas where France and the US appear to be at odds.

The journalist highlighted that the French President gave an impression of unity between Washington and Paris, with Mr Macron return of a US administration committed to the international order, its allies and the fight against climate change.

But Mr Macron has long argued for increased European independence from the US, especially when it comes to NATO affairs. 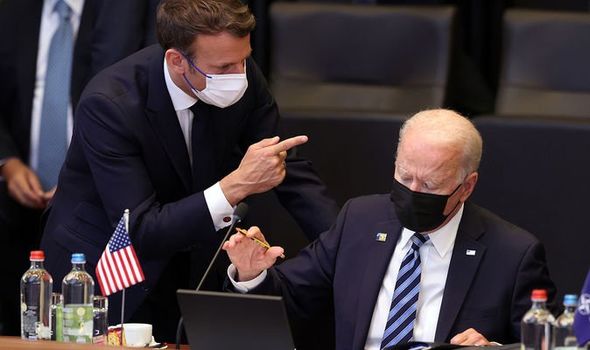 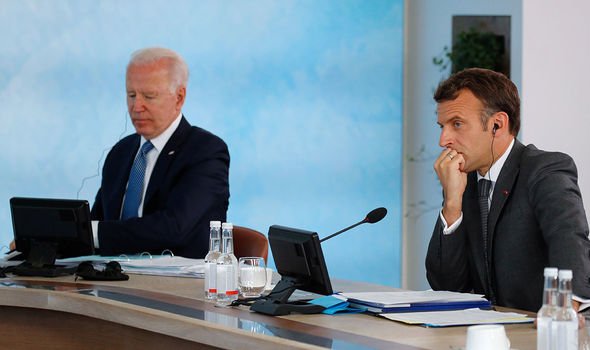 Emmanuel Macron news: Macron and Biden at the G7 summit


Mr Vock added in his article: “Macron hinted at a line of reasoning he has long proclaimed: that Europe’s economic and political model, distinct from both American free-marketism and Chinese authoritarian capitalism, should be the basis of a foreign-policy push by the EU to reshape the international order.”

Mr Macron has also hinted that France and the rest of Europe should not automatically side with China over the US. 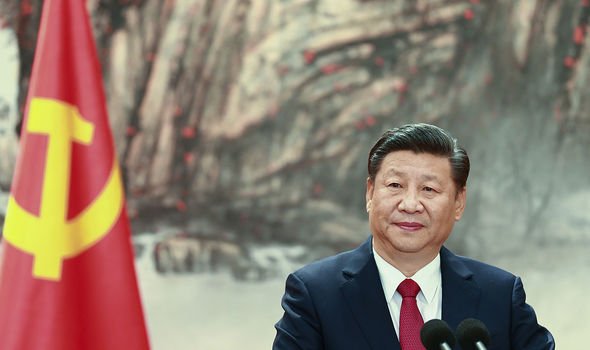 Emmanuel Macron news: They could clash over China


The French President also warned the US administration that the EU needs to be permitted its “independence when it comes to our strategy with regard to China”.

Mr Vock concluded: “It may well be that the two do indeed get on well personally. But commentators should beware of assuming that, just because they do, their two countries’ foreign policies are necessarily converging.

“To judge by Macron’s comments in Paris on Thursday, they may well be set to do the opposite.”

Afghanistan is providing another test for French-American relations. 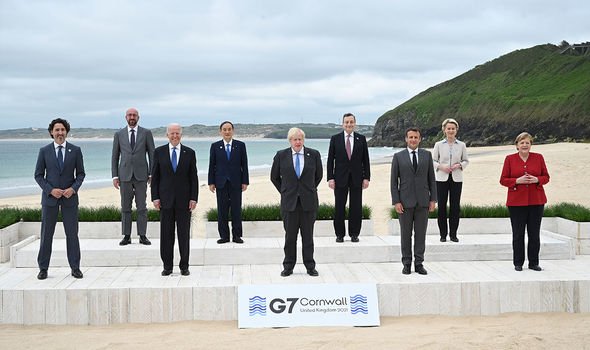 Emmanuel Macron news: Leaders at the summit in Cornwall 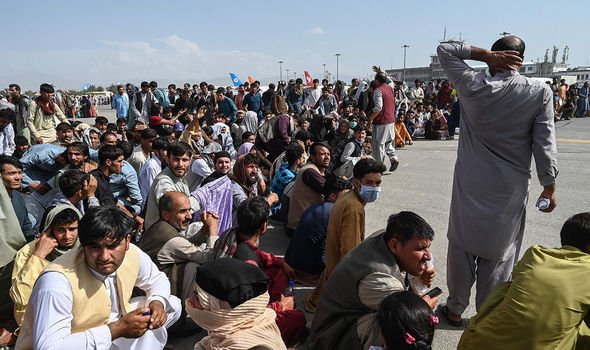 Emmanuel Macron news: Afghanistan has fallen to the Taliban

The White House’s readout of a call between Mr Biden and Mr Macron on the crisis in Afghanistan leaves out an impassioned plea from the French president that the US and its allies have a “moral responsibility” to evacuate Afghan allies.

According to the readout, Mr Macron described the mission to evacuate allies as a “moral responsibility” and told Biden: “We cannot abandon them.”

The Élysée said Macron “underlined the absolute need to ensure rapid and concrete coordination among allies on the ground to continue the evacuations”.

The White House version, however, made no mention of a “moral responsibility” to evacuate Afghan allies.