Since the US lead invasion of Afghanistan in 2001, 457 British soldiers have died in the country.

Over the past month the Taliban captured all of Afghanistan’s major cities, with Kabul falling on August 15.


British and American troops are currently securing Kabul international airport, which is being used to evacuate western nationals and their Afghan allies.


However the situation over the past few days has been chaotic, with many thousands of Afghans trying to get into the airport.


Several people have been killed, by gunfire or being crushed to death, since the evacuation began.


An online poll, conducted on August 21, of 5,912 Express.co.uk readers found an overwhelming 5,533, or 94 percent, believe President Biden has “treated the UK with contempt by shaming the memory of our dead soldiers”. 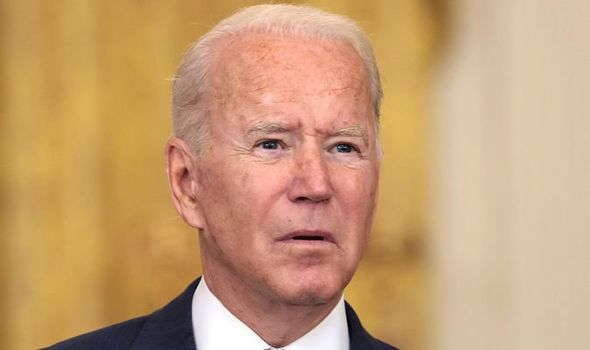 94 percent of Express.co.uk readers think Biden has “treated the UK with contempt” 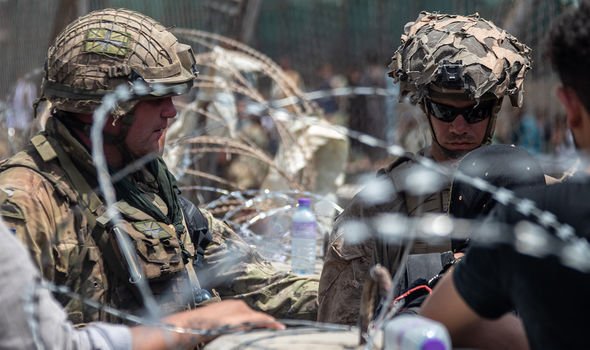 A US-led coalition invaded Afghanistan in 2001, following the 9/11 terrorist attacks on New York and Washington DC which killed 3,000.

The attacks were organised by Al-Qaeda terrorists, who had been given sanctuary by the Taliban in Afghanistan. 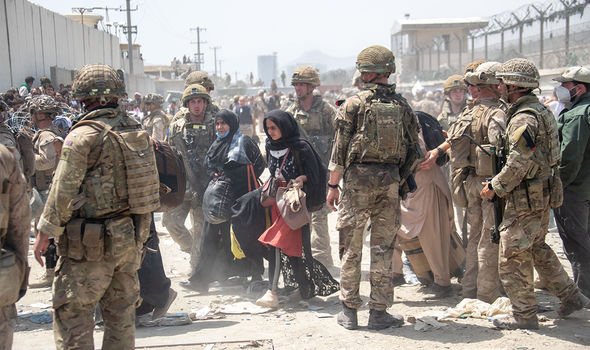 Thousands of Afghans are trying to escape via Kabul international airport


In 2020 President Trump agreed a peace deal with the Taliban, which would see the withdrawal of all US troops.


In return the Taliban agreed to enter talks with the Afghan government, and to prevent international terrorist groups using Afghanistan as a base.


President Biden decided to continue with the withdrawal, ordering the last US troops to leave by the 20th anniversary of 9/11.


There are already accusations that Al-Qaeda, and other extremist groups, are once again operating under areas of Taliban control. 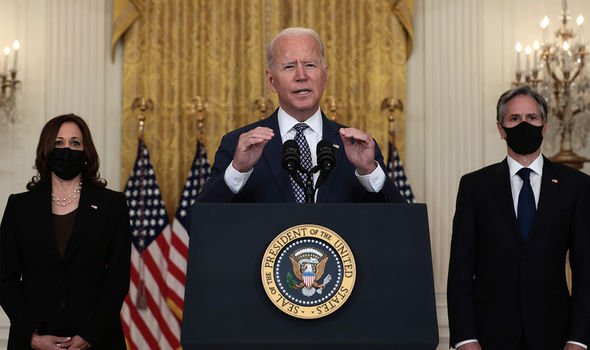 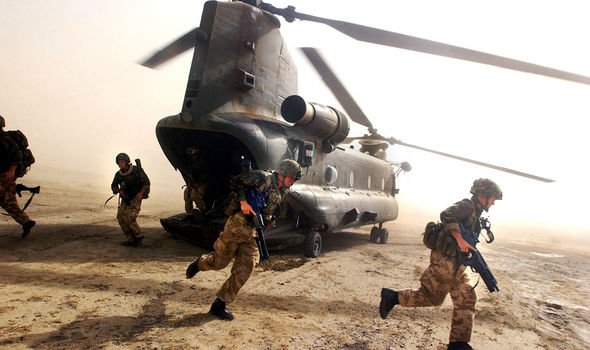 Since 2001 457 British soldiers have died in Afghanistan

Speaking at a rally on Saturday in Alabama, Mr Trump accused Mr Biden of presiding over “the greatest foreign policy humiliation in the history of the United States of America”.


He added: “Vietnam looks like a masterclass in strategy compared to Joe Biden’s catastrophe.”


Earlier this week President Biden defended his decision to withdraw from Afghanistan, asking “how many more American lives is it worth?”


However, Express.co.uk readers were scathing of the President’s handling of the withdrawal.

Taliban appear to show off rows of seized US military weapons


One wrote: “The man is an idiot, he has caused so much damage, far worse than Trump!”


Another said: “Better hope he doesn’t expect us to come running when the war with China over Taiwan kicks off.


“Why should our armed forces support a yellow coward administration that abandons its friends? 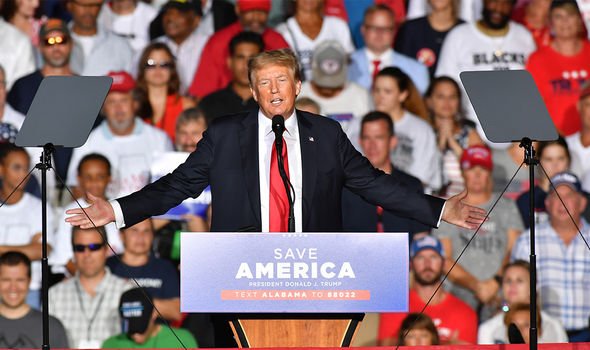 “This brown stain on Uncle Sam is going to last a long time.”


A third commented: “He is not fit for office and has shown that there is no special relationship. Big mistake.”


A fourth posted: “Has he treated UK contemptuously? YES.”