The incident was caused by another motorist who was allegedly driving the wrong way on the M6 motorway near Ballinasloe This motorist also died in the crash. The car crash occurred at around 7.40 pm on Thursday. 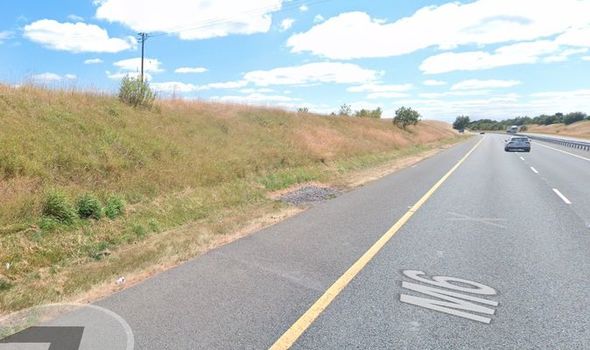 The M6 motorway in Galway

The four deceased victims’ injuries are so severe that it could take days to identify each individual.

A source speaking to the Irish Mirror said: “The bodies have not been identified yet and could take some time for that process to be completed.

“This was an awful crash.

“You just have to look at the scene and the state of the cars to see how bad it was.”

This shocking crash brings the total amount of people killed on Irish roads in the last 24 hours up to six.

Gardai were alerted to a car allegedly driving the wrong way on the M6 motorway on Thursday night.

The car was driving westbound against oncoming traffic.

The motorist allegedly travelled around two kilometres down the motorway in the wrong direction between junctions 14 and 15.

Horrifically the motorist then collided head-on with another car.

All four individuals were pronounced dead at the scene.

The deceased were then taken to Portiuncula Hospital, Ballinasloe, for post-mortem examinations.