Taliban appear to show off rows of seized US military weapons

The fanatical militants raised their barbaric group’s flag in a scene reminiscent of how US marines did on Iwo Jima in the closing stages of World War Two. Taken in 1945, the original picture – taken as Japan prepared to surrender – a group of six marines are depicted hosting the US flag on Mount Suribachi.

Never one to miss an opportunity to mock their long-time opponents, theTaliban’s Badri 313 Battalion recreated the image – depicting themselves as freeing Afghanistan from America.

To add insult to injury, the fighters appear to be wearing US-issue camouflage, combat boots and body armour.

Other militants are pictured driving around in armored Humvees and carrying M4 carbines.

Meanwhile other shocking videos show Taliban fighters flaunting all the US-made military equipment that has either been left behind by departing foreign forces or stolen from the defeated Afghan Government. 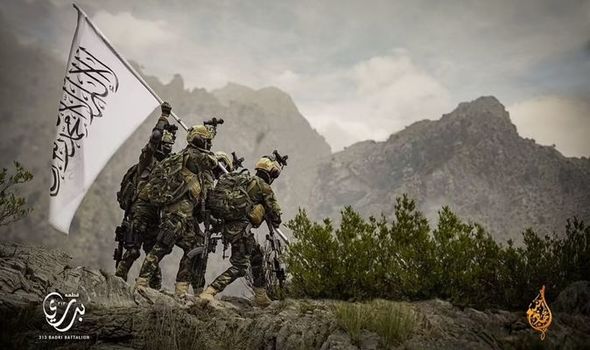 Badri 313 Battalion fighters mocked the US with the photo 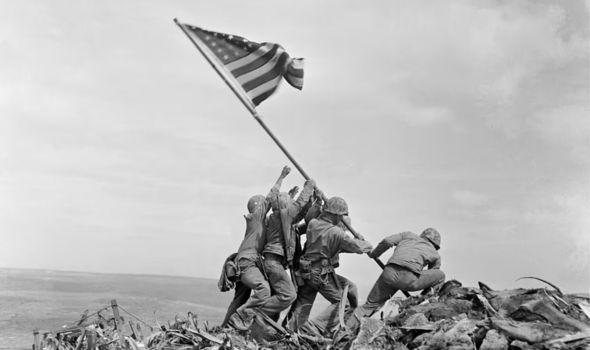 The original photo was taken on Iwo Jima


News of the Taliban’s vile attempt at a joke outraged scores of patriotic Americans – many of whom also directed their anger at US President Joe Biden for pulling out of the war-torn country.

One raged: “Taliban terrorists in stolen US uniforms/gear, mocking the forever iconic Iwo Jima flag raising in WWII. My grandfather fought on this island. This enrages me to no end.

“Unleash the US military – NOW!”

Another said: “This is a national disgrace.


ISIS terror threat forces US army to scramble in Kabul


Taliban hunt translators who helped UK and US ‘door to door’ 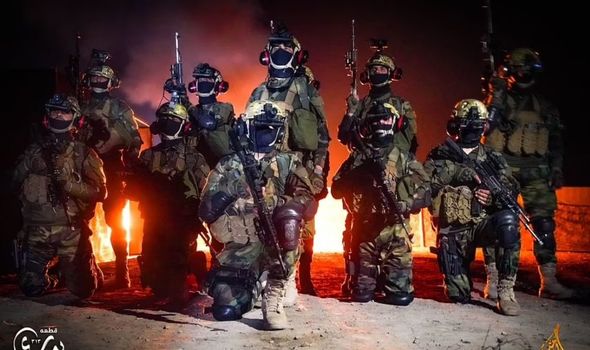 The propoganda has caused a storm in America

“How do you exit backwards & ignore warnings from everyone?

“Y’all better wake up and stop worrying about who hosts Jeopardy cause it’s not going to matter if you don’t.”

A third wrote: “All American military equipment. Biden did this. He armed the Taliban with some of the best equipment available.”

Meanwhile a fourth simply wrote: “It is straight up NUKE time.” 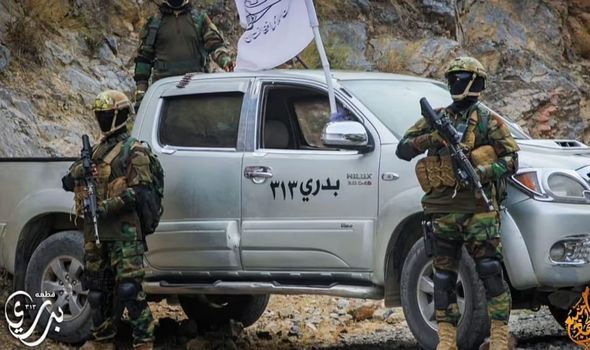 The fighters have stolen vast quantities of US equipment

The Badri 313 have been dubbed the Taliban’s special forces and are named the Battle of Badr which is written about in the Qur’an.

The unit is reportedly highly trained and equipped with state-of-the-art military equipment.

And things will only have improved for them since the collapse of the US-backed administration.

There are reportedly billions of pounds worth of military hardware just lying around since foreign forces began departing in recent weeks. 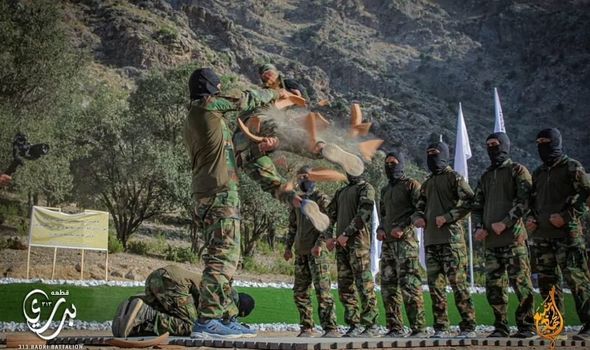 They have been dubbed the Taliban’s special forces

Much of that has now fallen into the hands of the radical militants – sparking fears it could be used to unleash terror attacks on the West at some point in the future.