The 15-second clip was captured off Cape Cod in Massachusetts in what witnesses on a whale watching tour described as a “trip for the record books”. A second great white joined also began eating the whale after filming stopped – and was described as around 18ft long.

One tourist explained: “We started off our trip by taking a look at a whale who was unfortunately deceased.

“While we were there two enormous white

“We stood by while the research team collected video of these two doing what sharks do best.” 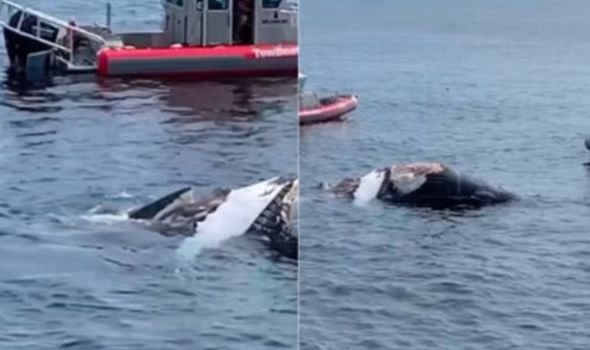 
Captain John Goggin, who led the trip, told The Boston Herald: “It was the first time I had ever seen this happen.

“People on board were pretty excited. There was a lot of yelling ‘Oh my God! Wow!’”

The video, shared on Facebook, has been viewed more than 30,000 times.

The two great whites were described as “enormous”. 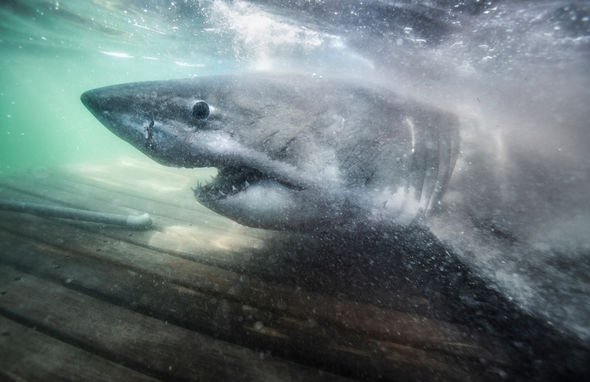 
There are more than 100 shark attacks on humans annually worldwide.

However, most of these attacks are not fatal.

The number of great white sharks along Cape Cod coastline has increased rapidly in recent years. 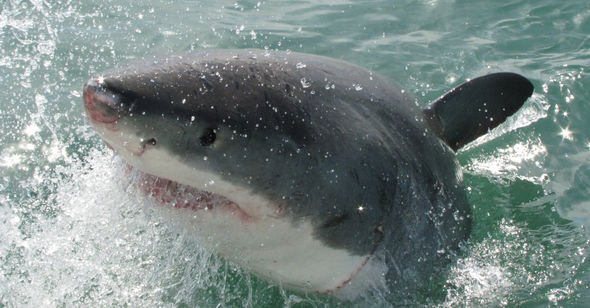 Great white sharks are most commonly found off the coast of California, South Australia and South Africa.

Humpback whales are most commonly found in the Northern Hemisphere, north Pacific and they migrate seasonally to Hawaii, the Gulf of California and Costa Rica.

Teen dies of Covid after parents ‘forbid doctors from intubating her’ 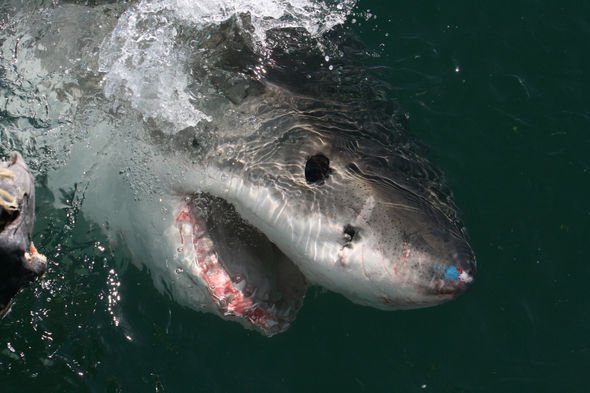 It is dangerous to be near a dead whale. The Center for Coastal studies recommends people keep their distance in case predators are nearby.

The Center for Coastal Studies said in a statement about a dead carcass on Tuesday: “Conditions can be more dangerous than they appear, especially if predators are in the area, and touching marine mammals is prohibited by law, even after death.”

Sharks have also been spotted in the UK. In January, experts warned great white sharks are “more than likely” to be in British waters after more than 100 sightings.

National Geographic explorer Professor Yannis Papastamatiou told The Sun: “Britain is arguably the best place in the world to see a basking shark and porbeagles are quite common in the UK.

“Fishers do occasionally catch them. They’re a close relation of the white shark.

“They are probably the species most frequently misidentified as a white shark, which is an understandable mistake.”