AGU: Animation shows time-lapse of lightning flash across US

Georgian shepherd, Nikolay Levanov, received a phone call from his sheepherder that told him over a hundred of his sheep had been killed in the

. Mr Levanov was not aware that another 400 sheep had also been killed in the same thunderstorm. During the thunderstorm, the sheepherder was knocked unconscious.

However, he was able to recover later.

Mr Levanov and other sheep owners have requested financial assistance from the Georgian authorities.

However, the Georgian scientific commission must determine if lightning was definitely the cause of death. 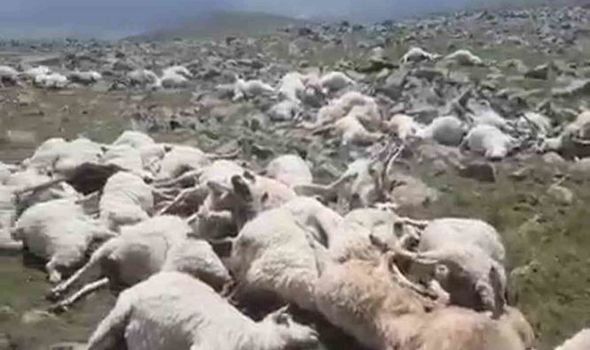 
The deputy mayor of the Georgian town of Ninotsminda, Alexander Mikeladze, said: “To be honest, this is the first such case.

“We have not heard that a thunderstorm could kill so many sheep.

“Of course, the mayor’s office will provide support.

“But first, the farmer himself must bring the opinion of experts in order to accurately determine the cause of the mass death.” 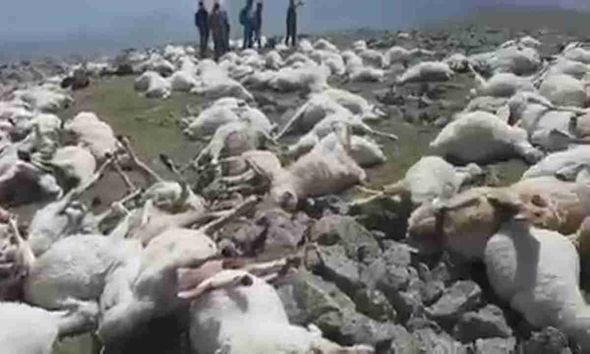 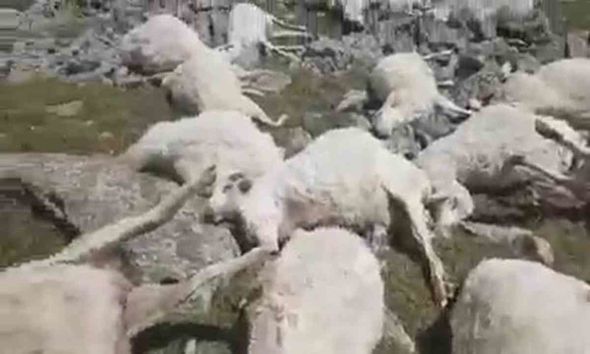 The animals were burned on-site because the mountainous terrain made it difficult to transport them away.

It is currently unclear if the owners have been compensated for their loss.

A similar incident happened in Norway in 2016.

In this incident, a herd of around 300 reindeer were found dead in a remote area.

The reindeer were found dead after a lightning strike on the barren Hardanangervidda plateau.