A heartbreaking video showing a US Marine lifting a baby over a razor wire-topped wall at Kabul’s airport caught global attention on Friday, amid the chaos of thousands trying to flee Afghanistan newly controlled by the Taliban.

The video, which shows the infant, its diaper slipping off, being pulled up by one arm high above a crowd of Afghans seeking to enter the airport, took over social media nearly one week into the airlift to evacuate foreigners and Afghans from the war-torn country.

It put a tender edge on the tense evacuation, in which nearly 6,000 heavily armed US troops have taken control of the airport, while their long-time foe the Taliban patrol the streets outside and begin to exercise what many fear will be a harsh and anti-American rule.

Pentagon spokesman John Kirby said the Marines were told the unidentified baby was sick and were asked to help. 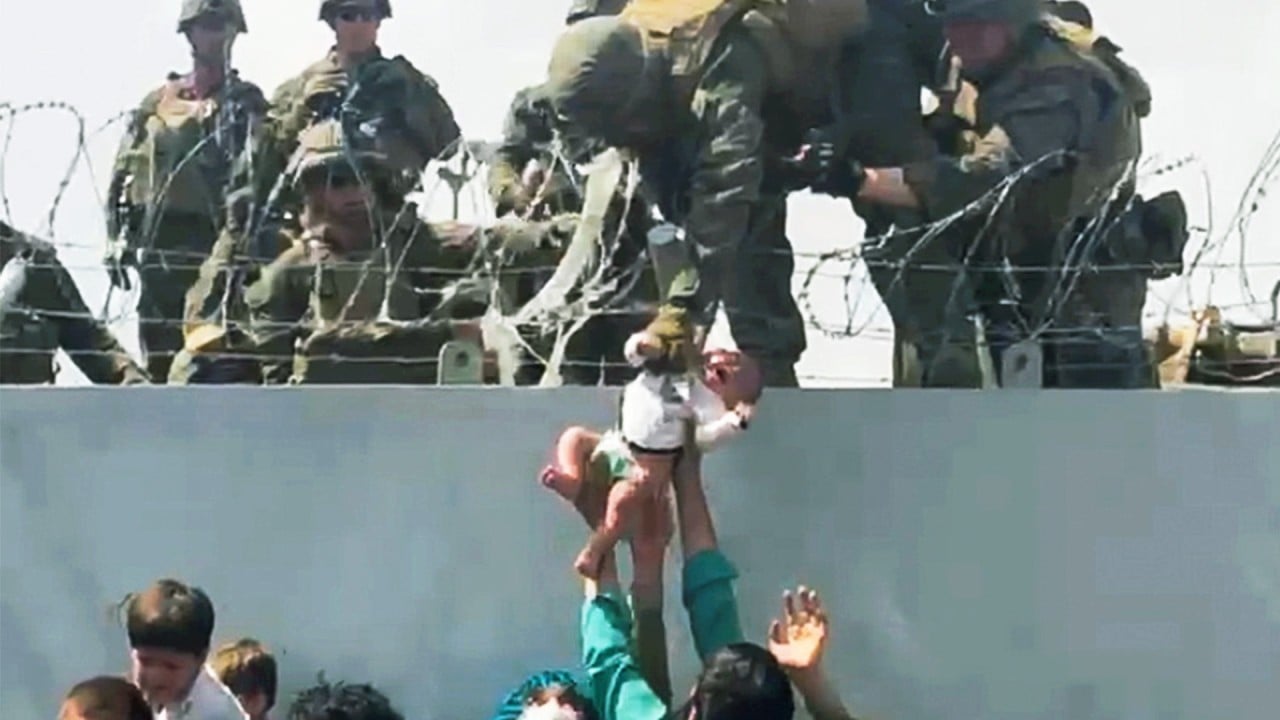 “The video you are talking about – the parent asked the Marines to look after the baby because the baby was ill,” he told reporters.