Despite 20 years in Afghanistan, US and UK forces have failed to secure the country against the Taliban. As US troops withdrew, the Afghan Government quickly crumbled and the speed at which the Taliban were able to take over has been shocking, as the militant group secured Kabul at the weekend.

Fears have now been raised the west’s defeat could “inspire” terrorists to rise up around the world.

Defence Secretary Ben Wallace told BBC he was concerned terrorist groups would see the Taliban’s triumph as an “opportunity”.

He said: “It’s pretty straightforward. Failed states lead to an explosion of poverty and usually an explosion of extremism or security challenges. That’s why we have invested in capabilities to take action from outside a country.”

“One of the things I felt was wrong about where we were with this deal — you’ve heard me call it a rotten deal — is that around the world Islamists will see what they view as a victory. That will inspire other terrorists.” 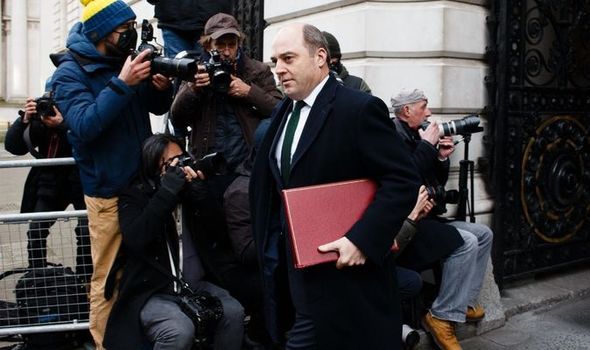 Taliban victory: Wallace expressed his fears that the militant’s triumph will ‘inspire’ terrorists 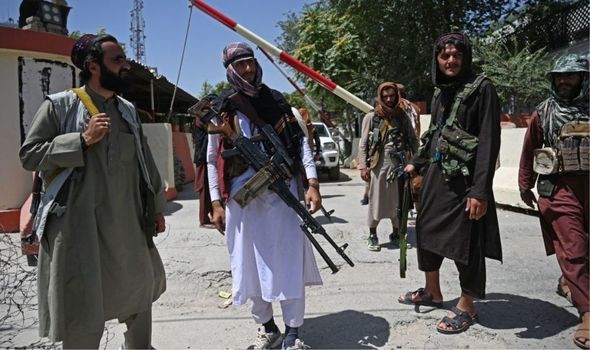 Taliban victory: Taliban fighters have taken most of the country including Kabul

He added: “Al-Qaeda is potentially going to look at this as an opportunity. We will have to gear up, tool up.”

He said: “Joe Biden could have changed things. He has chosen not to and has opened the United States, Europe, India and many allies throughout the world to considerable terrorist risks from the 2,500 to 4,000 jihadi nut jobs — pardon my French — who are currently being released from Bagram, Kandahar and Kabul.”

It’s feared the Taliban takeover will not only inspire other terror groups, but that the Taliban could go one step further and support them. 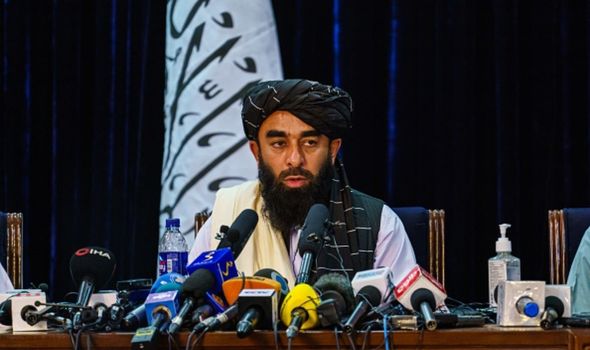 Taliban victory: Fears have now been raised the west’s defeat could “inspire” terrorists


The biggest fear with the collapse of the Afghan Government and takeover by the Taliban is that the country could become a breeding ground for terror groups once again.

In 2001, US troops moved into the country to overthrow the Taliban who were in power at the time.

The US demanded the Taliban hand over the head of the terror group, Al-Qaeda, who were responsible for the 9/11 terror attacks, but they refused. 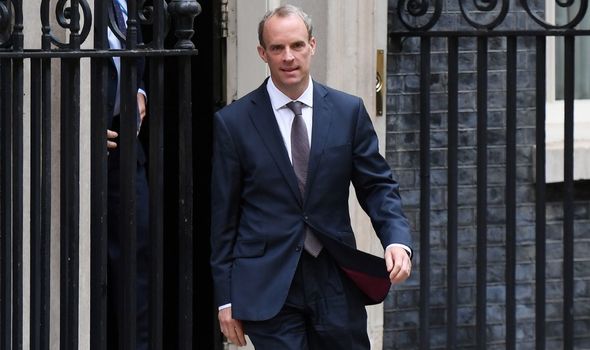 Taliban victory: Dominic Raab has been blasted for his early handling of the crisis

Despite the UK’s withdrawal from Afghanistan, Foreign Secretary Dominic Raab insisted the UK could still exert influence in the country.

He said: “Through our domestic sanctions regime and by working with the Indians, who chair the UN sanctions regime for Afghanistan, we will make sure that we can exercise a moderating influence on the Taliban regime.”

Mr Raab has faced criticism after it emerged he had been too busy to speak with Afghanistan’s foreign minister as the Taliban took control of the country.

The call was delegated to a junior minister, but it has since emerged this never took place.


Mr Raab was on holiday in Crete as Taliban militants took over Kabul on Sunday.

The shadow foreign secretary, Lisa Nandy has blasted Mr Raab she said: “How can Boris Johnson allow the foreign secretary to continue in his role after yet another catastrophic failure of judgment?”

She added: “If Dominic Raab doesn’t have the decency to resign, the Prime Minister must show a shred of leadership and sack him.”