. In his first interview since the fall of Afghanistan to the Taliban, President Biden stood firm in his defence of the US withdrawal. President Biden told interviewer George Stephanopoulos on Wednesday night that there was no way the US could have withdrawn from Afghanistan “without chaos ensuing”.

However, Fox News host Tucker Carlson has alleged that an even more damaging portion of the interview was removed from the aired broadcast.

The prime time host revealed last night the recently released transcript of the full interview, which included a section that was not broadcast.

Mr Carlson described the exchange as “not presidential.” 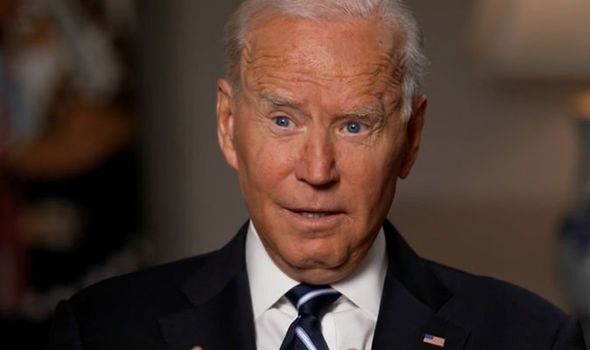 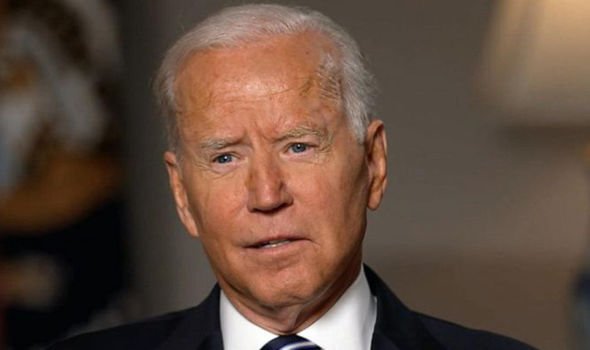 The Fox News host explained: “Toward the end of his interview with ABC, there was this exchange. That exchange was never broadcast on camera.

“But ABC News appears to have chosen to edit out portions that made Joe Biden look, how to put it, not presidential, incoherent, confused.

“We think it’s worth knowing what happened, especially in a moment of national crisis.”

Joe Biden is ‘treating his allies with contempt’ says Farage 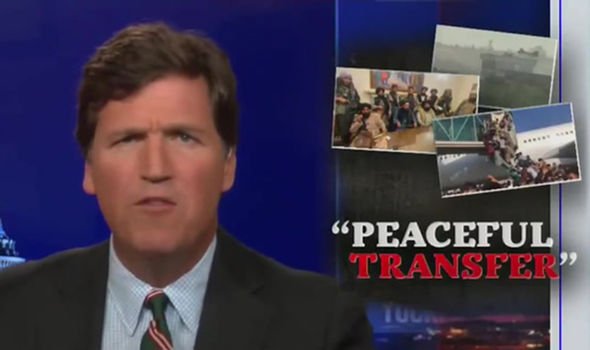 In the cut section of the interview, Mr Stephanopoulos asked President Biden about Afghanistan veterans, citing Army Special Forces officer Javier McKay, who said he “wish we could have left with honour”.

According to the transcript, President Biden responded: “Look, that’s like asking my deceased son Beau, who spent six months in Kosovo and a year in Iraq as a Navy captain and then I mean as an Army major.

“And, I’m sure he had regrets coming out of Afghanistan, I mean, out of Iraq.

“He had regrets about how it is going. But the idea – what’s the alternative?” 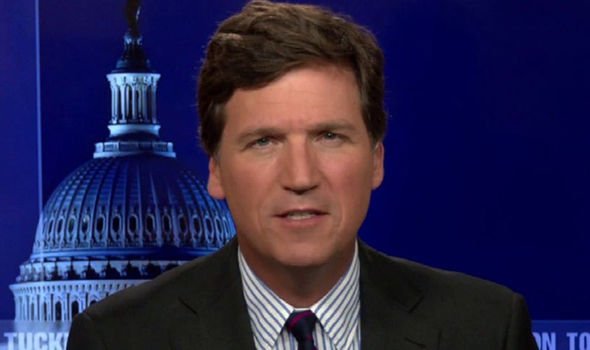 Mr Carlson added: “We’re waiting for the tape, but that’s the transcript. Now the president’s son was in the Army, not the Navy.

“He did not serve in Afghanistan. He served in Kosovo and Iraq. Joe Biden can’t seem to remember those details.

“We’re not attacking him. We’re not telling you this with glee.

“We’re telling you because it’s true. This is the man leading our country.”