The Taliban has now completed its stunning takeover of Afghanistan after US-backed security forces failed to stop the Taliban from gaining power again. The fall of the Afghan Government is nothing short of a disaster for Mr Biden’s tenure as President, coming within his first eight months in office.

Bipartisan criticism has ramped up significantly over the past several days — amid scenes of chaos at the international airport in Kabul — as both Democrats and Republicans contend the administration was unprepared to safely evacuate American citizens and Afghan allies out of the country.

In a series of tweets, Mr Biden said: “We went to Afghanistan almost 20 years ago with clear goals: get those who attacked us on September 11, 2001, and make sure al Qaeda could not use Afghanistan as a base from which to attack us again.

“We did that, a decade ago. Our mission was never supposed to be nation-building.

“The events we are seeing now are sadly the proof that no amount of American military force would ever deliver a stable, united, secure Afghanistan.

“What is happening now could just as easily have happened five years ago — or fifteen years in the future. 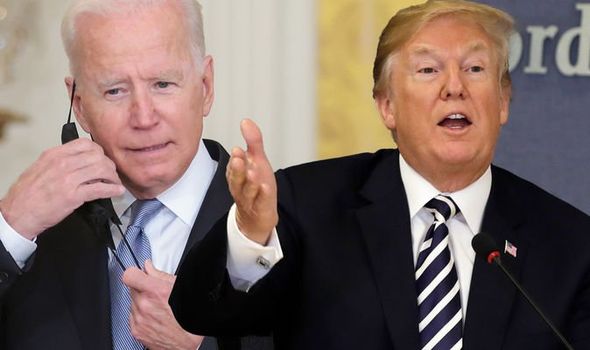 “I know my decision on Afghanistan will be criticised. But I would rather take all that criticism than pass this responsibility on to yet another president.

“It’s the right one for our people, for the brave service members who risk their lives serving our nation, and for America.

“American troops cannot — and should not — be fighting and dying in a war that Afghan forces are by and large not willing to fight and die in themselves.”

His statement, which blamed the Afghanistan army for failing to hold the Taliban back, was met with criticism world over.

He has also been accused of showing no sympathy for Afghans after a video emerged of men and women clinging to the hull of a US army plane as it took off earlier this week.

His disastrous handling has led to comparisons with the Bay of Pigs invasion, which occurred in the first year of President Kennedy’s time in office. 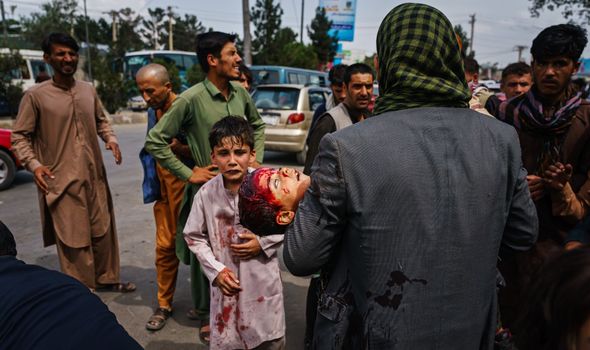 Thousands are trying to flee following the takeover 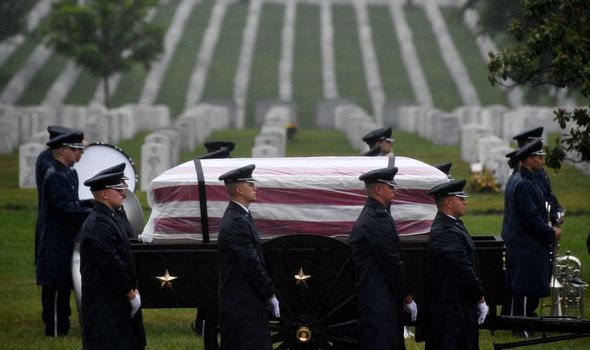 However, Mr Kennedy’s reaction to the failed intervention was markedly different as he took full responsibility, something Mr Biden isn’t so keen on doing.

Former president Donald Trump has naturally taken the opportunity to eviscerate his successor.

Mr Trump called it the “greatest embarrassment in the history of our country.”

And it seems that Americans, and not just Republicans, are inclined to agree with him.

Mr Trump has made it no secret that he may plan to run for the presidency again in the 2024 election, after his unfounded claims that the 2020 election was ’stolen’ from him.

According to polling by Ipsos, 26 percent of Americans said Mr Trump did a “very good job” in Afghanistan – more than any other president who has presided over the conflict – Bush, Obama, and Biden.


Donald Trump warns the Taliban in Afghanistan are ‘great negotiators’

This is compared to 20 percent saying Mr Biden had done the same.

The survey revealed 28 percent of Americans surveyed said Mr Biden has done a “very bad job” of handling the war, whereas only 22 percent said the same about the former Republican president.

Mr Trump still has an enormous following in the states, despite his lifetime ban from Twitter, which was often used as his main method of gathering support – as well as derision.

In his usual bombastic rhetoric, he launched a blistering attack on Mr Biden’s evacuation strategy on Thursday.

He said: Published on his website, the statement by the former US president read: “First you bring out all of the American citizens. Then you bring out ALL equipment. Then you bomb the bases into smithereens—AND THEN YOU BRING OUT THE MILITARY.

“You don’t do it in reverse order like Biden and our woke Generals did.”

His appealing to the masses who take issue with “woke” politicians and policies has been a key rallying call in recent years, and is likely to appeal to a wider base now that Mr Biden has shown his talents as president clearly do not lie in foreign policy making. 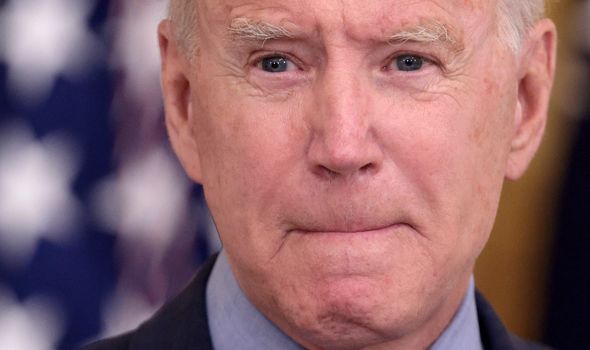 Joe Biden has been condemned worldwide


But most of all, America’s reverence of its armed forces could likely be a key reasons voters would back Mr Trump at a future election.

Now, many are arguing these lives have been squandered by Mr Biden effectively allowing the Taliban to takeover with stunning ease – an issue close to the hearts of millions of Americans who have served or are family members of those who have served in the military.

At the heart of it all is the memory of 9/11, which spurred America to invade in 2001 as the Taliban harboured those responsible for the deaths of 2,977 men, women and children in New York.

A poll conducted this week by Associated Press found that 62 percent of Americans now thought the war in Afghanistan was not worth fighting – a damning conclusion to hundreds of thousands of lives lost in the effort to stabilise the country.

When the war began, a Gallup poll found a staggering 88 percent of American’s supported military action in light of 9/11.

It remains to be seen what the American public will think come the next election, but it’s unlikely the fallout from Mr Biden’s spectacular mishandling of crisis will be forgotten.