The US and other western powers are attempting to withdraw their nationals from Kabul, which is now controlled by the Taliban. On Friday the president, who has come under intense criticism over his decision to withdraw American troops, justified his decision at a press conference.


However according to Raheem Kassam, editor-in-chief of The National Pulse, he didn’t satisfy all the reporters.


He tweeted: “Holy s**t he walked off after being called out.”


Another Twitter user added: “You heard a gasp from reporters and his own people.”


During the press conference Mr Biden insisted all Americans in Kabul will be able to leave. 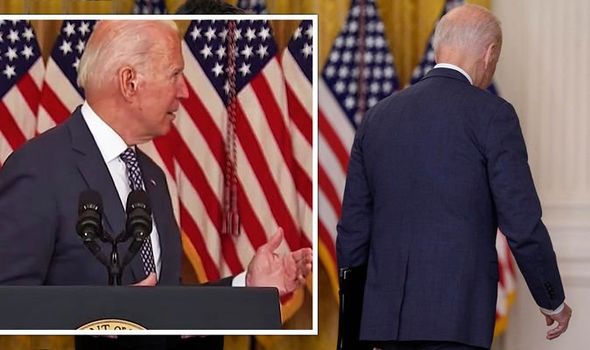 “Holy s**t he walked off after being called out” 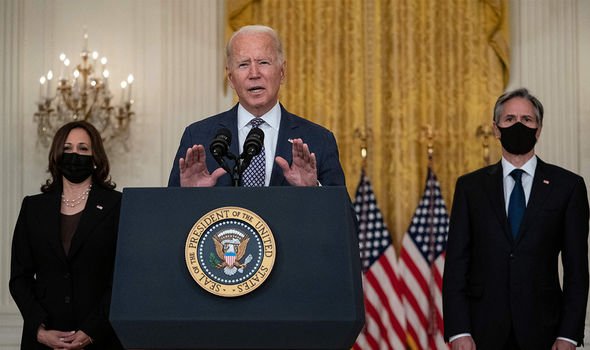 He said: “Let me be clear. Any American that wants to come home we will get you home. “Since I spoke on Monday we’ve made significant process.

“This is one of the largest, most difficult airlifts in history.

“And the only country in the world capable of projecting this much power on the far side of the world, with this degree of precision, is the United States of America.”

The president claimed US forces evacuated 5,700 people from the Afghan capital on Thursday. 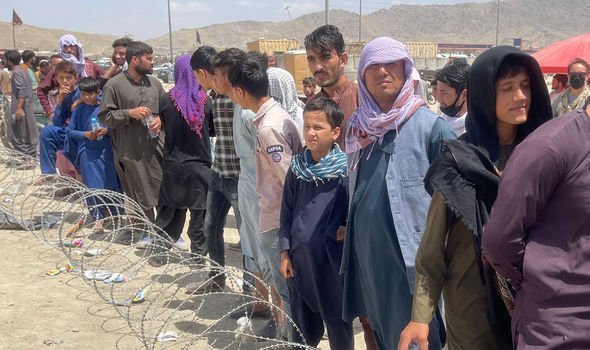 Thousands of Afghans have gathered outside Kabul airport


American and British soldiers in Kabul are attempting to evacuate their nationals, and Afghan allies, from the international airport.


Thousands of Afghans have crowded around the airport, with both the Taliban and US troops firing in the air to hold back crowds. At least 12 people have been killed in the chaos, either from gunfire or stampedes.


President Biden denied reports the Taliban have been blocking some US nationals from the airport.


He commented: “To the best of our knowledge, the Taliban checkpoints, they are letting through people showing American passports. 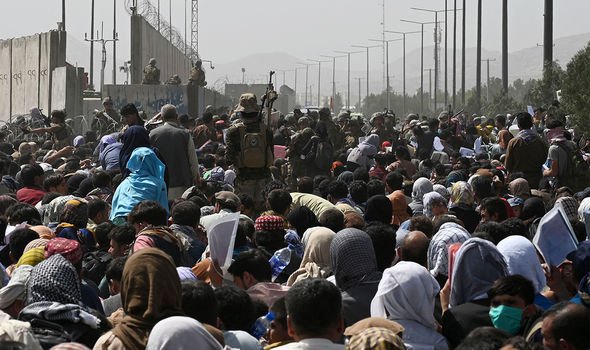 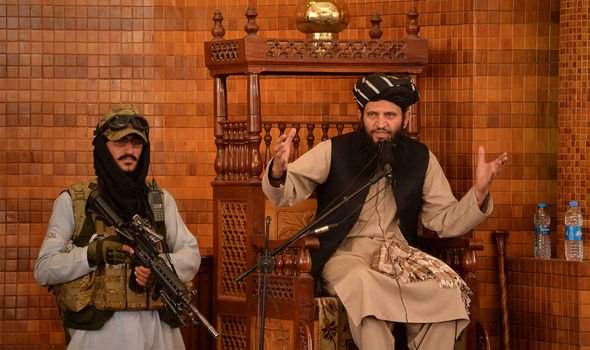 
“Now, that’s a different question when they get in the rush and crowd of all the folks just outside the wall, near the airport.


“That’s why yesterday or the day before we went over the wall and brought in 169 Americans.


“What I was saying is we have an agreement that they will let past the checkpoints, that they let Americans through.”


Heartbreaking footage, taken from the airport, showed Afghan mothers desperately trying to pass their babies to foreign troops for evacuation. Earlier this week two Afghans fell off a US transport plane, to their deaths, when in desperation they tried to cling onto the outside when it took off. 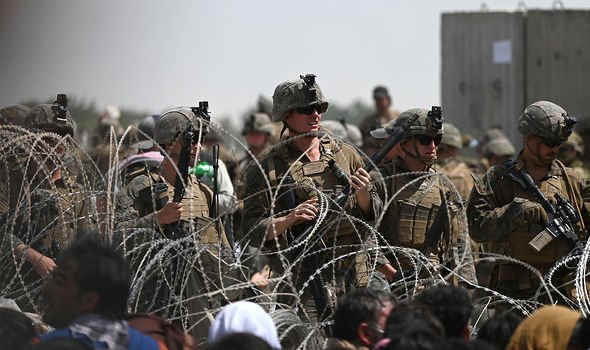 During the press conference Mr Biden acknowledged the human suffering that has been seen.


He said: “The past week has been heartbreaking. “We’ve seen gut-wrenching images of panicked people acting out of sheer desperation. You know, it’s completely understandable.”