Chaos erupted at Hamid Karzai airport as the UK minister warns that evacuation flights could cease in just a few days.

According to the German government, the civilian was shot on their way to their airport where thousands of residents are trying to escape Taliban clutches, but his injuries are not considered to be “life-threatening”.


It is believed the man will be among those who are due to be evacuated “soon” as Germany has issued special forces helicopters into the country as part of the rescue mission.

Carnage in recent days shows babies being passed over barbed wire, and bodies of men falling from evacuation flights as the Taliban advances while the US military retreats.

Footage from today’s chaos shows bodies were shoved to the ground as crowds surged towards the airline gates, while soldiers let off smoke grenades and fired into the air.

Amid screams from those being affected, young children were also trodden on by crowds of those trying to escape, especially as those previously promised refuge are at risk of being left behind when flights cease.

Elsewhere, Taliban fighters hunting a Deutsche Welle journalist shot dead a member of his family and severely injured another.

The German public broadcaster reported that house-to-house searches were conducted to locate the journalist. 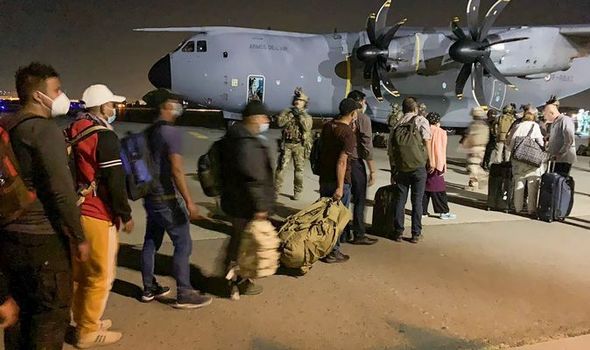 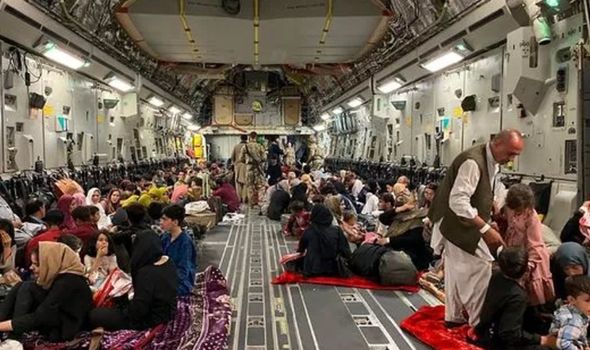 Afghans sit inside a US military aircraft waiting to leave Afghanistan, but flights could cease


Deutsche Welle’s director General Peter Limbourg commented on the incident, and called upon the government in Berlin to help.

He said: “The killing of a close relative of one of our editors by the Taliban … is inconceivably tragic, and testifies to the acute danger in which all our employees and their families in Afghanistan find themselves”.

Andrew Neil, Chairman of The Spectator, listed other barbaric Taliban atrocities in just the last 24 hours in a series of tweets, including further door-to-door searches.

How many people has UK evacuated from Afghanistan? PM slammed 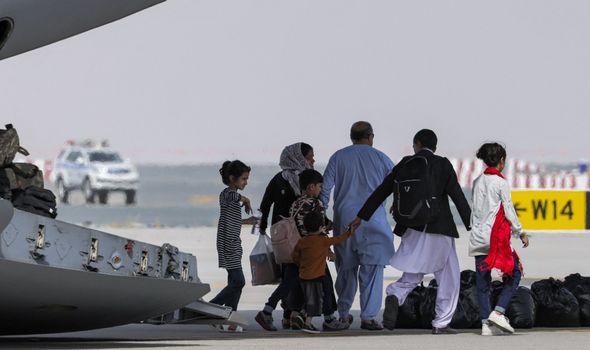 One tweet referred to the Taliban hunting out those who worked for NATO and threatening their families according to Norway’s Centre for Global Analyses.

While another in the series which starts with the term “A kinder, gentler Taliban”, reads: “Amnesty International says the Taliban massacred nine ethnic Hazara men in the Ghazni province last month. Six were shot, three were tortured to death.”

The UK needs to extract a further 3,200 people from Afghanistan to meet even the most-modest promises set to aid the country amid the crisis, while the US figure is much larger standing at 10,000 individuals. 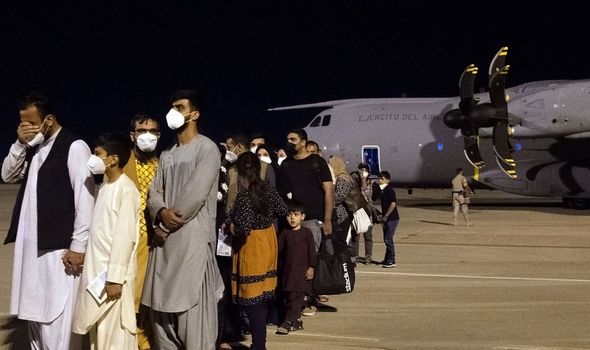 Those previously promised refuge are at risk of being left behind when flights cease.

Armed forces minister James Heappey warned that these expectations may not be met as circumstances change daily.

He told BBC Radio 4: “The sad truth is, we don’t have it in our gift to stay there until absolutely everyone is out.

British SAS troops in “small teams” are leaving the airport perimeter to locate those promised extraction from the city, but there are fears that not all those who help will be reached in time.

In an interview with the Times, former British interpreter Tokhi told of his experience, referring to the fact that UK forces emailed him early this week to say he had a seat on a flight out. 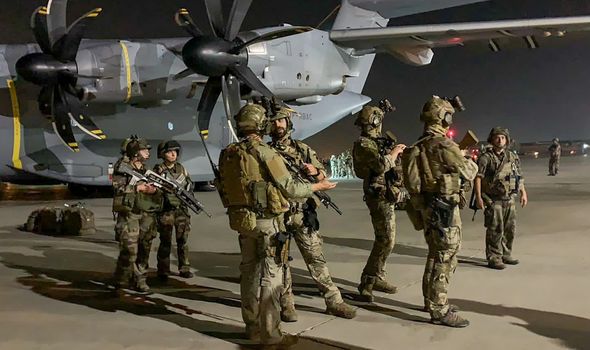 The interpreter has been to the airport three times but is unable to advance further than the initial two Taliban checkpoints that block the all-important entrance he requires.

His tale comes as Mr Heappey addressed criticism that British aircraft were leaving the Kabul airfield under-capacity, by saying that armed forces are “working hard” to make sure each plane is filled by those wishing to escape the jihadists.

The government’s initial 1,200-a-day evacuation target hasn’t been hit in recent days – 963 people were taken out of Kabul on Thursday, while another 1,000 were due to leave today.

In an interview with MailOnline, a cabinet source referred to “getting people to the airport” as the “difficult bit” of the process, but that also “they have to make it through the Taliban checkpoints and that seems to be getting harder”.

The source advised the evacuations would continue “as long as we can hold it together”, a statement which they followed up with ‘I don’t think there is that long left”.