Jessica, a frontline nurse in the intensive care unit of a

to share the heartbreaking story. She wrote: “Tonight I helplessly held the hand of and stroked the hair of a beautiful 14-year-old girl as she exited this world.

“She was looking forward to starting high school and eventually becoming a veterinarian. It was so senseless! I truly believe she could have been saved if her parents had not forbidden us from intubating her. A free

would have prevented it all!


“This little girl was robbed of her whole life and of fulfilling all of her dreams. She had been with us nine days and was able to communicate well until taking a turn for the worse yesterday.” 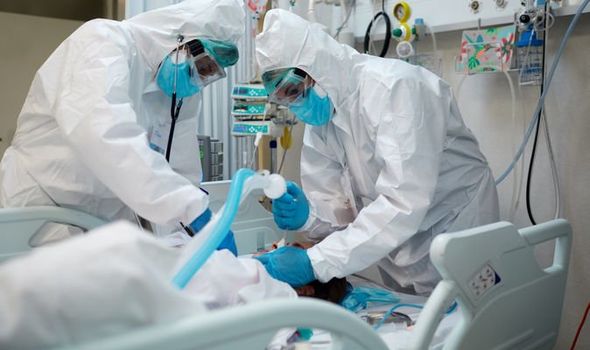 An unvaccinated 14-year-old girl died from Covid after parents forbid doctors from intubating her.


She continued: “About two hours later, we were unable to save a 25-year-old mother of one who was 15 weeks pregnant.

“She had refused the vaccines because of the lies about them causing infertility and harming her baby.

“Liars killed her, her baby, and robbed a two-year-old little boy of his mommy and sibling. Not to mention robbing a husband of his wife and child.”


She went on to say that the oldest person who died on the shift was only 45 years old and “it was the first time since late March [they] had lost more than three Covid patients in one shift.”


One user said: “I can’t even begin to [imagine] what it is to live day to day trying so desperately to save those who refuse the vaccine, especially the children who had no say either way.”


Another added: “I am so sorry. I have no idea why you still put up with all this… but the majority of us are grateful for you and your faithful work.”